What is “The Twelve Days of Christmas” Song About? 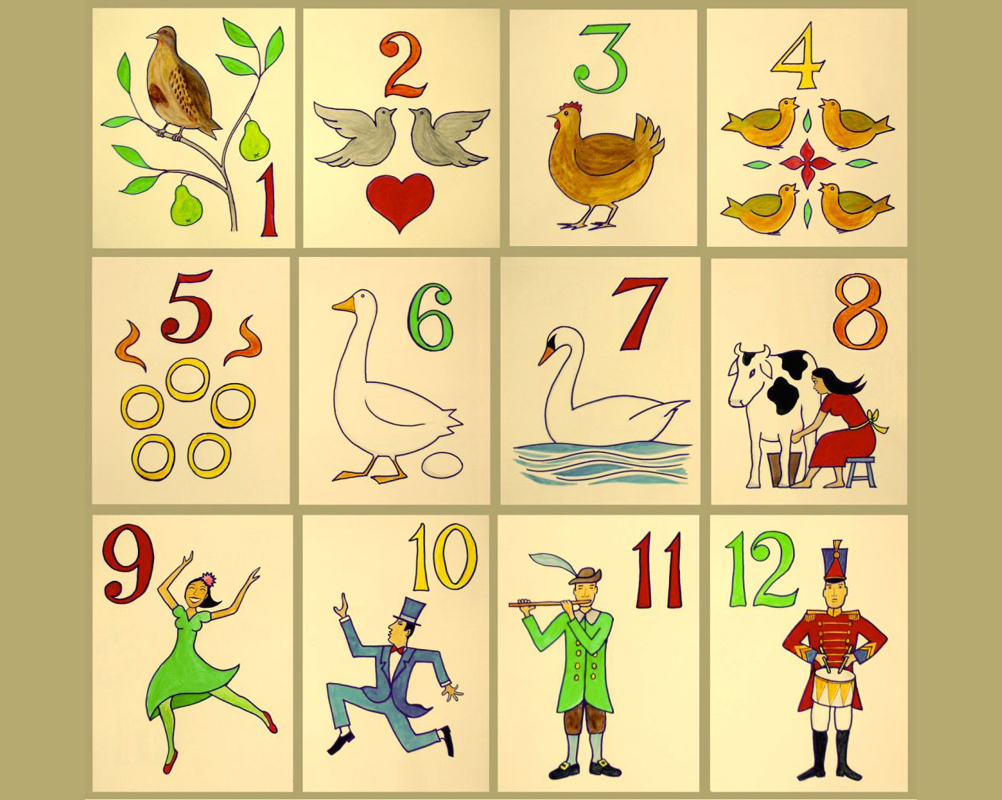 Find out more here. But first, listen to this terrific rendition of the carol performed by the a capella group, Straight No Chaser.

The best known English version of the Christmas carol “The Twelve Days of Christmas” was first printed in 1780 in a book intended for children, Mirth without Mischief, as a memories-and-forfeits game. In the game, players had to recite all of the previous verses and add a new verse at the end. Those unable to remember a verse paid a forfeit, in the form of a kiss or a piece of candy.

Some historians believe that the song has hidden religious meanings — connected to the era when Catholicism was outlawed in England — and was written as a catechism with a camouflaged meaning to help Catholic children learn the doctrines of their faith.

Another interesting twist… some assume the original text may have been French rather than English. Three French versions of song exist — and, partridges, while common in France, did not show up in England until years after the song was published.

All this you may ponder… but, don’t let it stop you from enjoying The 12 Days of Christmas this Holiday season.

Sam Abramson “What Are The 12 Days Of Christmas?” 21 November 2007; and, www.wikipedia.org. Image.
Contact us for more information